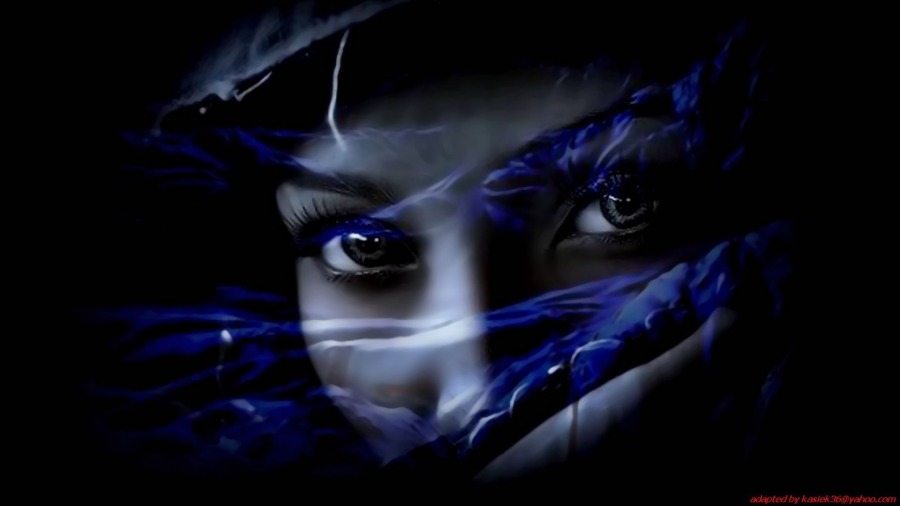 Tanis sat by the bed at the edge of the old wooden rocker with his elbows on his knees, his face in his hands, exhausted. He had done everything he could to save the baby for nothing. The moment he had cut the umbilical cord, the squalling infant had vanished from his hands. Where he was relieved the abomination was gone, he was not sure how he was going to break the news to Kara when she woke. If she ever woke.

Three days ago the impossible happened. Kara’s mortal husband and one of her eternal mates stood in the same space and time as she did. The universe had warned him to stay away, but, like the others, the shock that Colin had been mere miles away and they had not sensed him had unsettled Tanis and he had misread the signs. Something they had paid dearly for.

Tanis had felt pain before, but what had slammed into them in that meadow was a kind of pain no words in any language could come close to describing. It was as if the moment he and Brynn touched Kara the universe exploded within her. Since then Tanis had used every means at his disposal to find her. It was small solace that her body still breathed when her soul, her essence, had vanished completely from all the realms of existence. Without nourishment, it would not be long until her body followed. Tanis shuddered at that thought. If the universe had to wait another two thousand years for them to re-emerge, the gods only knew what kind of havoc Malphas would wreak on it.

“Anything?” a quiet voice asked.

Tanis looked up to see Brynn standing in the doorway, his hands in his jeans pocket, his eyes just as exhausted as Tanis’s. The two of them should have never met, yet here they were. Both fighting for the same woman’s life that they desperately loved.

“No,” he sighed looking at Kara’s sleeping form. “I’m starting to fear she will never return to me…us,” he amended after a pause.

Brynn watched Tanis in silence for a moment. He understood the haunted look in the male’s eyes. He had held that look for many years, but since the meadow he now understood something he had not before. That his time with Kara had passed. While she still loved him, she had a very important job to do, and his job now was to protect their children so the universe continued to silently spin. Something he would have to learn to do without her. The thought brought a pang of sadness to his heart, but it was tempered with the knowledge that she was never far from them. Not really. As he watched Tanis gently take Kara’s hand in his, close his eyes and bow his head in concentration, Brynn knew the male was not feeling the same assurance.

Chris had explained to him that not only had Kara fled from the excruciating pain, but her soul was nowhere to be found. Not here on the planet or in the heavens. Even the universe was empty of her presence. She was simply gone. If that was so, then why was her body still breathing? There had to be something they were missing because the Kara he knew would never willingly leave those she loved behind. So, what were they missing? Better yet, who, or what, in the universe was strong enough to hide her from them?

A familiar voice at the front door talking with Chris caught Brynn’s attention, bringing him out of his unsettling thoughts. Frowning, he looked down the hall trying to place it. Once he did, the growl of anger that escaped his lips alerted Tanis that something was wrong.

“What is it?” Tanis asked looking up at Brynn.

Tanis stood as Brynn disappeared down the hall and walked to the open window that overlooked the front of the house. Nothing seemed amiss outside. No guards or ships in the field. It must only be Aden then. Tanis wondered if Chris had somehow called him even though they had expressly told him not too. It was puzzling since the wards around them should have dampened Chris’s powers as it did theirs. If not, the boy was far stronger than Tanis had given him credit for, and something to take a closer look at.

The voices downstairs began to rise as tempers did.

“You should go down there before Aden does something he will regret,” Chris said calmly from the doorway.

Tanis looked at the young man, his eyes narrowing in irritation. “We told you not to call him.”

“And I told you we needed him,” Chris responded as calmly as he could. The immortal’s stubbornness to see what was right in front of him was beginning to grate on his nerves, not to mention probably get them all killed. Ignoring Tanis’s glare, Chris continued. “The rules have changed, Tanis. Aden is a part of this whether you want to admit it or not. If you would take your head out of your ass long enough to understand it you would know this and remember,” he snapped his own temper rising.

“I am tired of your riddles, boy,” Tanis hissed striding across the room until he stood toe to toe with Chris. “You have one role to play in the game and that is to have children to make sure the line continues. You have far overstepped your boundaries. See that you don’t do it again.”

“If it means saving every known and unknown reality, then I will step where I damn well please,” Chris growled moving so they were chest to chest. Tanis was taken aback at the determination and strength in the boy’s voice. Very few males, let alone boys, dared to stand up to him like this. “What Malphas did to my mom was the last straw. Now more than ever Aden wants to destroy who he sees as his master. If you turn him out he will do one of two things. Take Mom with him and do everything in his power to make sure you and Caius will never find her or go back to try to kill Malphas. You do not understand the power that demon wields. Unless the four of you combine your powers, break the barriers that keep you weak, keep you from remembering and face him together you will lose.”

“Aden wants something he cannot have!”

“He already has her, Angel. It is you who refused to see that,” Chris snapped, his voice echoing.

Tanis blinked in surprise at the power behind the mortal’s voice. There was something foreign, some inflection of the speech, that was different from his normal tone. And why did he call him Angel? It did not sound like an endearment, but a name, or maybe a title. Watching as Chris closed his eyes and took a deep breath to calm himself, Tanis wondered just who this boy really was.

Raised voices thick with anger floated through the open window. Aden and Brynn had moved the argument outside.

“Just go and keep them from killing each other,” Chris sighed waving the general direction of the window. “While my father may not be important to the continuation of this universe, he is important to me. I do not wish to see him killed because of your senseless jealousy.” Closing his eyes and turning he head away, Chris put his hand up to stop Tanis from saying whatever nasty retort he had to Chris’s command. “Just go,” he gritted out.

Clamping his mouth shut, Tanis glared at the boy before glancing down at Kara, his expression softening as he was unwilling to leave her alone.

“I will stay with her,” Chris promised.

After a moment’s hesitation, Tanis nodded then left the room. Chris waited until he could see all three males were outside arguing before turning back to his mother.

“It’s safe,” he whispered sitting down in Tanis’s vacant chair and taking her hand gently into his. Chris closed his eyes searching with his senses for his mother’s spirit. He felt it flicker on the edges of his consciousness. “Please come back to us. We need you. I need you.”

A tear ran down Chris’s cheek. He was so tired of having to be the adult in this fiasco. What he wanted more than ever is his mother to hold him like she did when he was a boy and tell him everything would be alright. That the monster under his bed was just a figment of his imagination. A child’s dream that he was far too old to believe in anymore. Now he knew the monster was very real, and if he did not somehow coax him mother back into the here and now, they were all doomed.

Chris opened his eyes when the hand he was holding gently squeezed his and was greeted by his mother’s warm smile.

“Mom,” he breathed throwing himself over the top of her and hugging her as best as he could.

Kara hesitated for a moment before she tightly wrapped her arms around him. They lay that way until they heard the screen door slam shut and someone take the stairs two at a time.

“That didn’t take long,” Chris smiled pulling away from Kara who smiled back. They looked to see Tanis standing in the doorway staring at her as if he thought he was seeing a ghost. Chris scrambled out of the way as Tanis rushed to the bed and pulled Kara into his arms.

“I thought I had lost you,” he breathed into her hair as they clung to each other.

“You almost did,” Kara answered sadly. “But she was very persuasive”

“She?” Tanis asked backing away so he could look Kara’s in the eyes.

“I have much to tell you.” She looked at Chris, her expression grim. “All of you.”

One thought on “Broken Promises – Chapter 28”

Pick Me Up Poetry